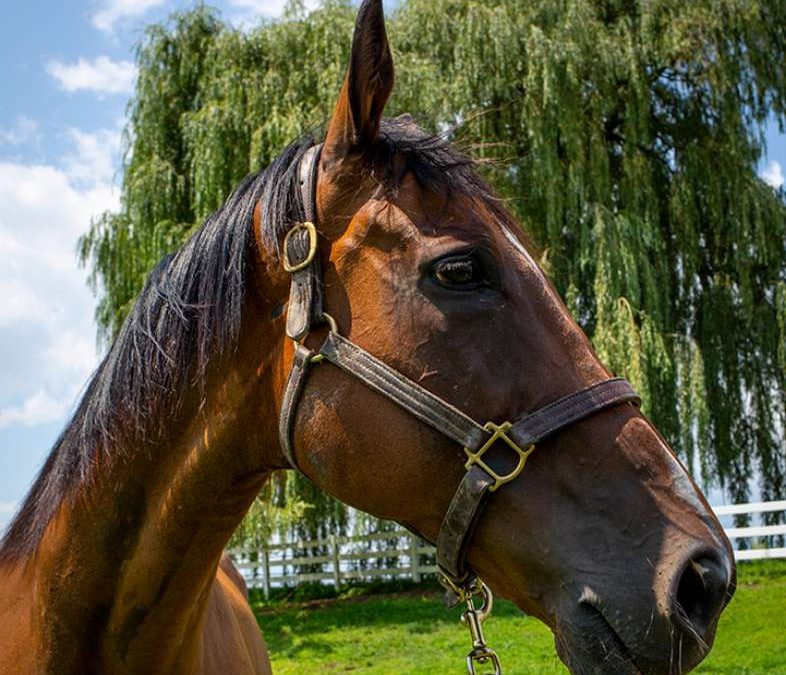 Nicknamed “The Kid” by previous owners and fans, this Thoroughbred gelding was foaled in 2009 by Posse and Elise. The Kid raced on the flat track (including Saratoga Race Course) and earned $151,576 in his time running. After retirement from racing, Kid took on a new role as a lead pony at Saratoga Race Course and found himself to be a local celebrity with the fans. The Kid eventually was unable to continue his career as a lead pony due to back issues and retired to ReRun Thoroughbred Aftercare, where he received the necessary treatment. After recovery, Kid Blast found his way to THS, where he has discovered yet another role that he so comfortably fits in – giving attention and love to humans in need.